Portugal is situated at the south-west point of Europe and also includes the Madeira and Azores archipelagos in the Atlantic Ocean.  Mainland Portugal occupies an area of 88,889 km2. It is 218 km wide and 561 km long. It has 832 km of Atlantic coast and a 1,215 km border with Spain. The Azores are situated in the Atlantic Ocean between Europe and North America. They have an area of 2,355 km2 and consist of nine islands. The Madeira Archipelago has an area of 741 km2, it consists of the islands of Madeira and Porto Santo and the uninhabited Desertas and Selvagens islands, which are nature reserves.

Portugal has a population of about 10 million.

With such a long sea coast, it is not surprising that Portugal has witnessed so many sailings and arrivals. This is why we have been open to the world and to communication for so long.

Note some of the peculiarities, especially the "Manueline" style, which exalted the age of the discoveries, the way we have learned to work with tiles and our fado, the song of nostalgia.

The majority of Portuguese are Catholics, but the Portuguese Constitution guarantees religious freedom and there are a number of different religions in Portugal.

One of the Latin languages, Portuguese is the third most spoken European language in the world and the native tongue of about 250 million people.

In Portugal there are lots of people who are able to communicate in English, French and Spanish. 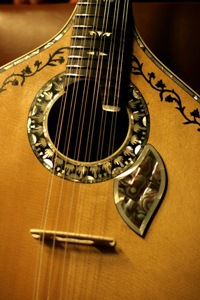